The Local Motion Project was set to perform “Not An Exit” live until COVID forced them to transform the piece into a film for streaming on line. Their mission is to bring people together in dynamic, collective movement experiences that effect personal growth and social change, teaching dance as a vehicle for expression, connection, and human understanding.  After two cancellations and delays due to COVID, we were finally able to roll cameras in March at Arena Cafe Stage in DC. Check out the film here.

The U Street Corridor in the nation’s capital has been many things – Black Broadway, the heart of black culture in Washington, an innovator, an incubator, a slum. This short film captures the highlights and low points of this historic Washington district over the last century. Set to the Music of the African American composer William Grant Still, the film is a collage of photographs and video footage that documents the people and places that made the U Street corridor what it was and is today.

Pittsure has just completed three films showcasing the history of women’s basketball; honoring the past, celebrating the present, and promoting the future. The Women’s Basketball Hall of Fame is the only facility of it’s kind dedicated to all levels of women’s basketball. www.wbhof.com

Church of the Wild

This short doc looks at a growing movement in America, the Wild Church, where people come together to connect intimately with the natural world. Can a deeper relationship with nature encourage positive environmental action?.

Church of the Wild was an official selection at the Lyons International film festival in Colorado 2019.

Coming Back to the Hoop

In Your Hands reveals how the safety and success of the society we live in is invariably linked to the well being of every one of its citizens. If they fail, we all pay, in human cost as much as in hard dollars and cents. In distribution with Films Media Group, Purchase here >

Pittsure has recently completed a series of five videos entitled “Wellness To Work” for Mathematica and the Ramsey County Division of Workforce Solutions.  These videos explore different aspects of wellness and are intended to help individuals receiving public assistance thrive in a job.

The Girl Who Could Change the World

The Girl Who Could Change The World, written by Loree Gold. Music video edited by Jane Pittman, using performance footage and video shot by Jane Pittman at the 2017 Women’s March on Washington.

OAR (Offender Aid and Restoration) is the leading provider of offender services in northern Virginia. OAR is dedicated to strengthening community through second chances.

Pickleball is fast becoming the most popular sport in America. The Mid-Atlantic Open Pickleball Tournament showcases some of the best pickle ball in the mid-Atlantic region. Pittsure was there to document the action!

This is How Times Passes

Based on an exhibit by Donna Tauscher by the same name, this spoken word piece shows how the artist saw the passing of time at one point in her life. 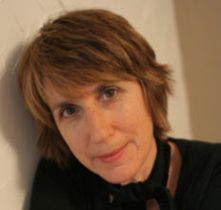 JANE PITTMAN is an award winning director, cinematographer and editor based in Washington DC. Her extensive repertoire of short films, feature documentaries and educational/training videos, has appeared on PBS and film festivals throughout the world. (Coming Back To The Hoop, This is How Time Passes, Prophets Rising, In Your Hands, The Makeover). Coming Back To The Hoop is in distribution with Random Media and was an official selection in over 30 film festivals world-wide. Jane’s films are also distributed nationally by Films Media Group, a distributor of social interest educational programming. With a master’s degree in music, Jane’s work follows a distinct rhythm, lending her films a unique artistic touch.